One of the authentic cultural elements of any region is gastronomy. The distinctive character of the “taste of the kitchen” is often related to the quality characteristics of its society, all the time it “reveals” information relating to its cultural history and the economy.

It is precisely the Greeks, who establish the basis of gastronomy as we know it today, since it is in this civilization that the important figure emerges the cook who elaborates sophisticated dishes, unusual and novel, in short, a new way of understanding the kitchen and living in society in banquets, travel and wars. Also, appears the first book of recipes, elaborated by Arquettetate in the year 330 before Christ. It is in Greece that the kitchen begins to be refined and out of the porridge and oats, and it is in the Agora where Greek social life unfolds and where sellers of all kinds come: bakers with infinity of different breads and cakes covered with dry fruits and honey; Improvised kitchens with boiling pots of “black stew” prepared with different meats, vinegar, spices and blood that were much appreciated; The meat rolls with wheat wrapped in fig leaves and cooked in chicken broth; Birds from Persia and preserved in olive oil, salt and spices; Olives in brine; Lemons that nobody ate and that used to freshen the clothes and an huge range of products that laid the bases of varied Mediterranean cuisine, that were more elaborated and with rich in ingredients.

Dozens of scientific studies have shown the positive effect of a balanced Greek diet on the health, beauty and longevity of people. In addition, the nutritional culture of the Greeks has traditionally added an extroverted social dimension to the table, combining gustatory satisfaction with recreation and communication, and maintaining to this day some nuances of the ancient festivals.

In contrast to what many people believe about Greek cuisine, you will discover that “moussaka”, “souvlaki” and “choriatiki” (Greek salad) are not the only Greek dishes. Greek cuisine consists of a large variety of dishes that can fully satisfy the gastronomic tastes of both vegetarians and meat lovers.

The preparation of food on the other hand has its own sacred rules. Good amateur cooks are highly respected in their social circle, while a good housewife in Greece mainly means a good cook. And a good cook can spend days preparing a meal for his friends.

Greek cuisine is based on four pillars: fresh ingredients of good quality, correct use of aromas (herbs) and spices, the famous Greek olive oil and its simplicity.

A deeply rooted social custom is when the Greeks share a meal with their friends at home, in a restaurant or in a tavern. The Greek word “symposium” – a word as old as Greece itself – literally means “to drink with friends”. The atmosphere in a common Greek restaurant or tavern is relaxing, simple and informal.

Come to enjoy an unforgettable culinary experience that will make you feel that you are in the very same Greece but in an incomparable place like the south of Gran Canaria. 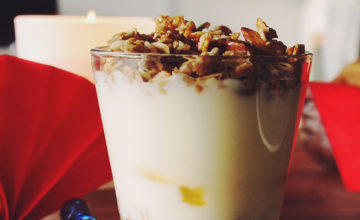