The Greek yogurt is treasured for its flavour, its texture, its consistency and the quality of its proteins. Many of the qualities has made this product famous around the world that has broken all sales records and where the consumption has grown considerably in recent years.

However, to achieve this perfect recipe, a large amount of food waste is generated in the form of liquid whey. Compared with the traditional product, Greek yogurt undergoes a very slow third filtration ’round’, which generates large quantities of acid whey that goes into the garbage.

Recently a group of researchers, engineers and microbiologists from the universities of Cornell in the United States, and of the Tübingen, Germany, led by Lars Angenent (environmental engineer and microbiologist) have discovered the system to use bacteria to convert the acids and sugars that are wasted in the manufacture of Greek yogurt in useful molecules to make biofuels and animal feed. The research that has made it possible has been published in the journal Joule.

This residual serum contains mainly water, sodium, lactose, fructose and the fermentation product lactic acid. Thanks to this, the scientists have succeeded in making microbes use these molecules to make an extract that contains two elements: caproic acid (also called octanoic acid). Both compounds are characterized by having antimicrobial properties, that it is useful to complement the feed and replace the use of the antibiotics in the livestock industry. In addition, with an additional transformation process, it can be used as a source to manufacture biofuel for airplanes.

Angenent explains the process as follows: “We kept two microbiomes under different temperatures and placed them in series. The first hot microbiome (50 degrees Celsius) converts all the sugars into an intermediate acid ‒ the same acid that makes milk in your fridge taste sour if you keep it there too long. The second warm microbiome (30 degrees Celsius) performs chain elongation until a product is formed with six to nine carbons in a row.”  The new product could be fed back to the animal as an antimicrobial to prevent disease, or it can be further processed in a refinery into aviation fuel. We are making a bio-oil that the bacteria excrete. The innovation of the research is that the process does not need any other carbon-rich chemicals and only needs the waste water itself. In the past, chain elongation needed external, expensive chemicals.”

Both options have an economic and social important value, “The agricultural market may be considered small compared with the fuel market, but it has a remarkable carbon footprint, so turning acid whey into a raw material that animals can eat is an important example of the concentric cycles we need for a society sustainable”, Lars Angenent concludes. 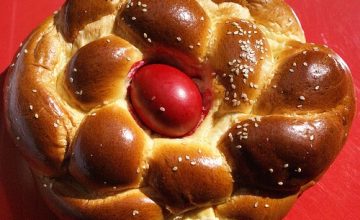 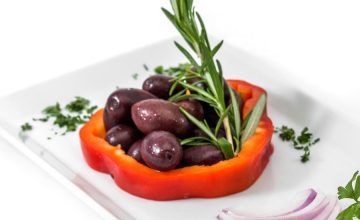 cherne Gastronomy Greece Greek cusine Greek gastronomy Greek history Greek restaurant Mediterranean diet sama San Agustín beach south of Gran Canaria vieja
Legal Warning | Cookies Policy
Web developed by AVANT
© Sabor de Grecia. 2015. All rights reserved.
We use third-party cookies to improve our services and measure users' navigation. If you go on surfing, we will consider you accepting its use. You can get more information, or know how to change the settings, in our Cookies Policy. Accept
Privacy & Cookies Policy

This website uses cookies to improve your experience while you navigate through the website. Out of these, the cookies that are categorized as necessary are stored on your browser as they are essential for the working of basic functionalities of the website. We also use third-party cookies that help us analyze and understand how you use this website. These cookies will be stored in your browser only with your consent. You also have the option to opt-out of these cookies. But opting out of some of these cookies may affect your browsing experience.
Necessary Always Enabled

Any cookies that may not be particularly necessary for the website to function and is used specifically to collect user personal data via analytics, ads, other embedded contents are termed as non-necessary cookies. It is mandatory to procure user consent prior to running these cookies on your website.