Greece is considered as a big player in olive oils and table olives, ranking in the first positions of world production of both products. In fact, the olive cultivation takes place in 50 of the 54 municipalities of the country, being the zone of greater production the Peloponnese and Crete (also known as the island of the olive trees).

Among all the varieties of table olives produced by Greece one of them stands out, the Kalamata olives, known around the world, are increasingly used by chefs and cooks to make their dishes. These olives can be consumed at any of our Greek restaurants in Playa del Inglés (Greek Village) and Playa de San Agustín (Greek Taverna), both in the south of Gran Canaria.

The name of this variety of Greek olive is due to the region of the same name, located to the south of the Peloponnese, that is where it is more extended its cultivation.

This olive is characterized by its fleshiness, by the contrast between its sweet and salty taste, and its almond shape. Another characteristic that differentiates this olive from others is its colour. When its collected, this olive is purple, however, it adopts different shades according to the packaging process applied to it, in brine, oil or wine vinegar.

The intense taste of this olive variety makes it an ideal snack, but it is also used in a wide variety of dishes, mainly in salads, pastas or rice, adding flavour and colour to these recipes.

Apart from the great gastronomic qualities of the Kalamata olive we must add the properties on the organism that the olives have in themselves, since they help to regulate the levels of cholesterol in our organism, they contribute high amounts of vitamin E and they are a rich source of calcium and other minerals that are beneficial for our health.

We inlcude a video explaining how to marinade the Kalamata olives 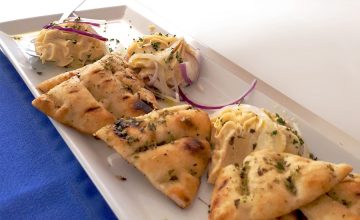